We spoke with Felix Irnich, COO of DaVinci Gelato, to hear about how they leveraged their food safety and traceability systems to get their gelato into stores around the country quickly. What we heard impressed us: DaVinci went from limited local distribution to being approved for sale in retail stores, HACCP plans in tow, in just three months. Here’s how the magic happened…

Felix and his mother, Yvonne, launched DaVinci Gelato in 2015 following a fire at one of their family businesses. Yvonne wanted a career shift, and this seemed like the perfect time to pursue something that truly made her happy: gelato.

She’d learned to make all-natural gelato from an Italian gelatiere over 30 years ago, and since emigrating to Canada from Germany, she’d greatly missed authentic, naturally-flavored gelato enough to decide to make her own.

“We started off with a small truck in the farmers market in St. Albert. It was the coldest day of the year with freezing rain and we still got a lot of good feedback.”

The company outgrew the seasonal farmers market pretty quickly. DaVinci Gelato found a great partner in Famoso Restaurants, who happened to be looking for good gelato to sell. Within six months, they expanded to other restaurants and began selling their superb ice cream on a national scale. They’re further expanding their product line with their all-new Happy Hour Alcohol Gelato™, which will soon be available in liquor stores and restaurants.

Once breaking into the retail market became a goal very much within reach, their previous food safety program was no longer workable. With restaurants, they didn’t need a complex HACCP-based program – but that was all about to change.

The Challenge: Breaking into Retail Means Getting a HACCP Program Together, Fast

Retail opportunities for Da Vinci Gelato got really big, really fast. Shortly after they began to explore retail opportunities, Sobeys told them that they were ready to bring in their product – on one condition: they needed a HACCP program. This was also necessary for Da Vinci’s Gelato’s expansion into the US market, which is also underway. Felix went and found a HACCP training course and was dismayed when his instructor explained that the process would take 1-2 years to complete.

“Sobeys already wanted to carry my product – I didn’t want to wait 1-2 years. This was a huge turning point in our business; our gateway into retail.”

Felix had two main challenges ahead of him. First, there was the unexpected and urgent need for a comprehensive food safety program. Felix also knew that they needed a solution that would serve them in the long term – they needed the right solution, right now. Second, DaVinci Gelato has over 120 flavours, each with its own formulation and ingredients. A manual system of paper binders would get out of hand really quickly, so they needed a system that could also support their complex production process and scale with their stellar growth.

Davinci Gelato was ready to move into stores right then, with offers on the table. They had to find another way.

Once Felix started looking at the ERP systems on the market, he became disheartened. As a smaller company in a rapid growth phase, DaVinci Gelato didn’t have the upfront capital to spend a quarter of a million dollars or more on big ERP systems. He started to look for other types of software, specifically Software as a Service (SaaS) platforms that can be more palatable for businesses of different sizes.

“I hate bulky systems and I don’t see any need to waste paper and manage mountains of files. I like something modern, something easy to use –- that doesn’t take a whole month to train someone to use it. My background is IT, so I have experience in evaluating software. I knew what we needed.”

Another benefit of SaaS platforms is that they are cloud-based, which makes them easier to implement since there is no need to procure computer servers or other specialized infrastructure. It also makes them easier to use remotely and across different types of devices. After much research and many conversations with others in the industry, Felix reached out to Icicle and set up a demo.

“The features in Icicle were exactly what I was looking for – when I saw Icicle automatically generate a HACCP plan, I was sold!”

Felix worked with Icicle guru Ethan Chen to implement the software into the daily workflows of DaVinci Gelato. Since he didn’t have an existing HACCP plan, he was able to build one at the same time the software was being set up, which helped make the process very smooth.

“Ethan really helped me a lot to get everything set up. It was about a month of really nose to the grindstone kind of work to get it implemented. He has a lot of experience with food safety and also SQF, etc. I really appreciated that he was able to describe and prepare me for the experience of the audit, since I didn’t know what to expect.”

With HACCP plans clocking in at 300 pages each, Felix avoided the disaster of big paper records or giant Word documents for a product line with 120 flavours. Automatic generation of HACCP plans with all the products, ingredients, packaging, etc. in one place was “a huge relief, easily [Felix’s] favourite feature.” Icicle’s handy Smart Hazard Suggestions feature, which aggregates anonymized data to predict hazards and processes, also helped speed up the process, especially for users who are new to HACCP.

With Icicle, Felix also benefited from a streamlined system that is dynamic (meaning that one change anywhere is automatically updated everywhere else) and centralized (meaning all the information is in one system). Not only could he easily organize procedures, production runs, and more for all 120 flavours, he could also sort his products into groups like sorbets and dairy-free, which have their own requirements and are managed with Icicle’s allergen control module. On top of that, Icicle automates a huge amount of work that goes into traceability, easily tracking lot numbers across the production process to provide pinpoint precision for any potential recall.

With the software in place, it was then time to get employees onboard — and he expected pushback on the changes.

“Training was actually nice and straightforward because I can assign each person their own areas (production runs, quality checks, cleaning). I’m able to limit the scope so I didn’t have to do overwhelming training. They took to it really well. I was surprised.”

Felix also benefited from Icicle features he wasn’t looking for, like the integration of shipping, receiving, and purchasing. “I like the flow of it,” he told us. With Icicle, he can create supplier and product price lists that are automatically integrated with purchase orders and sales orders. “I know what things are going to cost and I know what they are supposed to cost,” Felix explained. This integrated model also makes it easy to verify records, ensuring that purchase orders and items received match correctly and the same is true for sales orders and shipping records.

The real test was right around the corner. To prepare for their first audit, they spent a few days of really solid preparation to ensure that all the records were in place. One long, nine-hour day later, everything had gone smoothly.

“Our auditor loves Icicle because we can do a mock recall in 30 seconds or less – it’s so easy! Product, lot, number, bang! It was done.”

In just three months, Felix successfully created a HACCP plan, implemented it completely, and passed an audit. The transformation has extended far beyond that initial audit, positivity impacting DaVinci Gelato’s business from the ground up.

“On a day-to-day basis, Icicle saves probably at least one hour per person. Icicle is churning away and running smoothly. There’s no stress, no giant pile of paperwork that needs maintenance. It’s paying for itself, especially by helping us expand into other jurisdictions easily.”

Felix isn’t settling down after securing distribution through Sobeys. He’s excited to launch their new product line, Happy Hour Gelato™, across Canada. At 5% alcohol, it’s taken nearly five years to create and get approved, and Icicle is helping him create those HACCP plans quickly and easily, with all the information he needs in a single place.

Davinci Gelato is also preparing to expand in the US with an audit in just a few weeks, but they’re not worried. Working with Icicle means that becoming FSMA-compliant is as easy as changing some language in the procedures. Everything else is already covered.

I have recommended Icicle to other companies and will continue to do so! All the people impacted by the Safe Food for Canadians Act will need you guys – thank you! 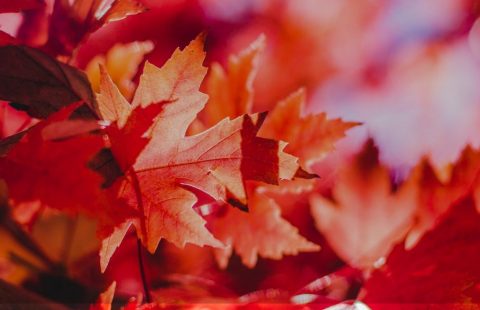 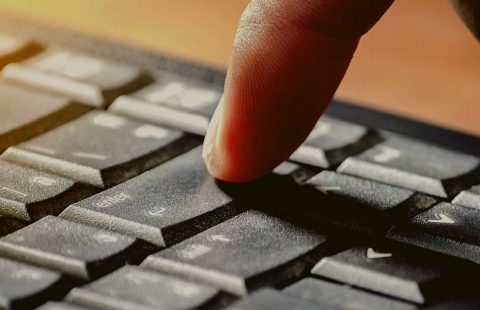 Next Post Hayter’s Farm Switched to Cloud-Based HACCP and Never Looked Back: A Case Study