3 Steps To Comply With FSVP And Protect Your U.S. Business

It used to be easy to get around even having a food safety program, but now government, retailers, and consumers alike are demanding higher standards from food producers. Companies that don’t want to lose their market and export share need to recognize that the field has changed and the deadlines are upon us. A comprehensive and verifiable food safety program is now a necessity of doing business.

Especially as the public eye turns to food safety more frequently, governments are stepping up to the plate to implement regulations across jurisdictions with the goal of minimizing the not-insubstantial incidence of foodborne illness. This has manifested in the Food Safety Modernization Act (FSMA) in the United States as well as the Safe Food for Canadians Act in Canada, the Food Safety Law in China, and others.

For food producers, the reality is that new regulations are an added level of bureaucracy when the main business objective is getting product out the door. With razor thin margins and squeezing from middlemen, it is important to acknowledge that achieving compliance is not a simple task. But food safety is a shared responsibility and non-compliance is no longer acceptable for the public, government, industry, or business interest.

An ominous cloud emerged on the horizon for food producers outside the United States in the form of the Foreign Supplier Verification Program (FSVP). The final rules were announced late in 2015 and will begin to come into effect as early as next year.

The FSVP basically extends FSMA regulations to companies supplying food to the United States, including heightened safety requirements for fresh produce and compliance with HARPC standards (in addition to HACCP, which doesn’t cover radiological hazards). The onus will now fall on foreign food suppliers to open up their food safety programs to review by the U.S. food importers (who will become liable for violations) and allow on-site visits and extensive audits. There are certain exemptions if you are a very small business (according to the U.S. FDA, a company with less than $25 000 in annual sales) or supply certain types of commodities, especially things that are rarely eaten raw (such as asparagus, grains, and artichokes). Another possible exemption could apply to companies selling to Aboriginal communities.

Like a tsunami, the FSVP is a bump in the ocean now, but when it comes to shore it will affect almost everybody. The U.S. FDA is targeting 150 countries for inspection and we have had reports from clients in Europe that those inspections have already begun. In total, 130 000 importers will be required to validate an estimated 300 000 suppliers.

The industry is not prepared for this. Many companies have inadequate food safety programs even in their own country, but with the new FSMA rules, it is unlikely that most will comply without substantial upgrades to their existing systems. Another problem is that most food companies still rely on manual systems that will be difficult to share internationally. Imagine the headache of shipping stacks of binders for review by your U.S. importer — or several importers.

On top of this, there is a limited number of skilled food safety professionals in the market. We have 630 000 companies who need to have food safety plans in place just due to FSMA. How will the demand be met?

Trade Considerations for the U.S. Market

It’s worthwhile to consider broader trade issues related to the U.S. market. There is a history of not playing fair when it comes to international trade. Last year, the World Trade Organization ruled that the American law requiring the country of origin to appear on meat packaging labels discriminated against the rest of the North American market. The WTO is allowing Canada and Mexico to apply more than $1 billion in tariffs to retaliate.

The U.S. government is not afraid to implement measures to give advantage to domestic suppliers, pushing the boundaries to protect their markets and their companies. This is part of a long tradition of American protectionism, which is in constant tension with forces of globalization.

3 Steps to Comply with the FSVP

Attention international food producers exporting to the United States: what will Uncle Sam want from you? There are three essential steps to prepare for the FSVP rules:

Food producers must have hazard analysis (including radiological hazards, which will be new to many companies outside of the United States), evaluate the risk in terms of severity and likelihood (again, this will be new to companies in countries like Canada), develop corrective actions, write procedures, fully implement traceability, and collect records in a way that will be easy to review.

Similar to previous laws, FSMA requires that food facilities manufacturing, processing, packing, or holding food for human or animal consumption in the United States (including foreign facilities) must provide additional information to the U.S. FDA through a registration process under section 415 of the FD&C Act, which must be renewed every other year. There is no fee to complete registration.

3) Work with Your Customers to Meet Regulations.

U.S. importers may not be aware of the new requirements that foreign companies must now meet. The last thing a food producer wants is for the rule to come into effect with no time left to review it and make the necessary changes. Doing so would risk losing out on American business; U.S. companies may prefer domestic suppliers so they don’t have to do additional paperwork and deal with the FSVP requirements.

Food producers should reach out to their customers in the United States and let them know what is coming up down the road, demonstrating that they are working to make it easy on their customers. This is the time to be proactive and maintain your market share.

Part of the new rules includes provisions for the U.S. FDA to license certain third parties to conduct foreign inspections. If that happens, it will relieve U.S. importers from this obligation. If you already comply with one of the GFSI schemes (common ones are BRC, SQF, and FSSC 22000), you might make it through the FSVP without too much additional work in the future. If you don’t currently have any GFSI certification, now may be the time to start — especially if you already have to improve your food safety program.

Conclusion:  Proactive Compliance is the Name of the Game

Food producers in the United States have a long road to compliance ahead of them, and foreign companies are not exempt if they want to keep their American business or expand into the U.S. market. More than that, it is critical to be proactive in compliance to avoid losing out to domestic suppliers. Set the bar higher than current requirements and strive for food safety excellence that will open new opportunities and new markets. 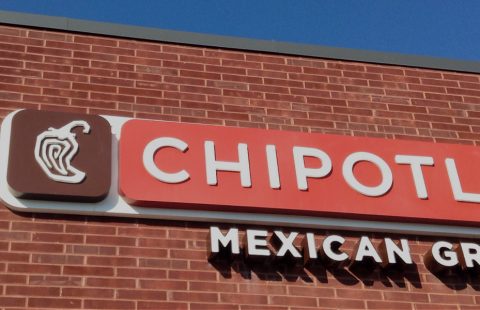 Next Post From The Frying Pan To The Fire? Chipotle’s Food Safety Crisis