When FSMA Came to Italy: Getting HACCP-ready for New FDA Inspections

When Paul Capelli’s 10-year old son visited the abandoned villa on family land in Puglia, Italy, he saw a castle. Vacant for some forty years before the family stumbled upon it on holiday, Paul saw the ruins not just as their future home, but as an opportunity to revive the historical site and the olive groves on the grounds. He moved his family from the United States to Italy, brought on Steven Crutchfield as a partner, and decided to start making olive oil.

While Tuscan olive oil is most well known, Puglia produces much more olive oil from over 60 million trees. It is made on all scales; down the road from Villa Cappelli, people make their own olive oil from the trees on their property. Paul and Steven began to learn about olive oil production from their neighbours, steeped in the ancient practices and traditions of Italy’s olive oil heartland. They have since expanded their business to more products like sun-dried tomatoes, almonds, and conserves.

Neither Paul nor Steven came from a food industry background, so the learning process took time. Getting their high-quality products into stores was an uphill battle when competing with much larger companies who could scale up their production quickly and easily. Instead of pursuing the usual path, they took a different approach, bringing their intimate, local business to their consumer base through direct-to-customer online sales.

Most of Villa Cappelli’s products end up in the United States. When the U.S. FDA came to the region to inspect facilities, Villa Cappelli was notified that they would be subject to an inspection with about six weeks notice. Until that point, Paul and Steven had been meeting GMP standards, but they didn’t have a formal Hazard Analysis and Critical Control Point (HACCP) food safety plan in place since their products are relatively low-risk. A HACCP plan was what they needed.

As their expertise lay in making finest Italian products rather than building food safety programs, Paul and Steven realized that putting together and implementing a HACCP plan on such short notice was more than they could accomplish on their own. They looked for a technology solution that could not only help them meet HACCP requirements, but also develop a deeper understanding of food safety standards. First, they tried a HACCP training software but found that, although it provided explanations regarding how HACCP works, it provided no instructions on how it should be implemented in practice.

“When I found Icicle, it was the best of both worlds,” Steven told us. “It wasn’t only the technology, but also the education and consulting services provided. If anything changes for us down the road, I don’t need to hire another consultant or another person to do it – Icicle gives me the skills and control to adapt for the future quickly and easily.”

Because they had an inspection on the horizon, getting up and running with Icicle was the number one priority. The Icicle team helped Paul and Steven identify and develop HACCP critical control points with helpful, built-in flow charts to understand the steps as well as other requirements, like getting the necessary letters of guarantee and ensuring that their suppliers were also up to FDA standards. In general, Villa Cappelli’s products are relatively straightforward when it comes to food safety. Their olive oil is produced according to ancient and simple methods, but items like their conserves were a bit trickier from a food safety perspective; these need to be controlled for temperature and the procedures must follow HACCP guidelines.

“The expertise of the Icicle team and the help I got was a happy surprise,” Steven shared. “Having help with the program was crucial; I don’t think I could have done it on my own.”

Steven had read about Icicle’s advanced features and was hoping that this would help him reduce redundancies in developing a food safety program. Many of Villa Cappelli’s products are very similar. It seemed cumbersome to have a HACCP plan for each of their five conserves, for example, when they each had the same hazards and the same control points. Different sizing and packaging for their olive oil products also multiplied the work for what should have been a fairly simple task.

Icicle’s smart suggestion feature allows users to take advantage of intelligent algorithms built into the system so they can build upon the work they’ve already done. After you’ve entered a hazard once, it finds the correct hazard for you again, even suggesting process steps and hazards based on similar facilities in the system.

“I was surprised at the amount of paper a HACCP plan takes – binders and binders,” Steven shared. “Smart suggestions streamlined things and helped me understand what was needed at each step, with flow charts that made everything clear. This saved me a ton of time and paper.”

Allergen Control: The Cherry on Top

Steven wasn’t looking for a solution that would help them introduce allergen control into their facility at Villa Cappelli, but this was one of the unexpected benefits of Icicle. The company produces almonds, which were already being treated as separate products and segregated from the rest. Their new HACCP program provided the opportunity to make that control better and spell out the controls for new employees and support future growth opportunities.

“When I got the email from the FDA saying that they were going to inspect facilities in Italy, I started looking at the requirements in more depth and realized that they were expecting more than I had previously thought,” Steven explained. “This was the main impetus we had to find Icicle and get to work, but even then we had only about six weeks to do it.”

“The inspection went very well. The inspector from the FDA was very nice and helpful. He came in wanting to talk and make sure that we were doing everything correctly, not to catch us making a mistake. All our documents were up-to-date, making us look more professional than I think he expected. All in all, it was a very productive inspection. Everything was in order and we were left with a sense of legitimacy that, beyond the inspection, makes us feel better about the product we’re putting out.”

But the FDA inspection wasn’t the end of things for Villa Cappelli. “When the FDA notified the local authorities that they had conducted an inspection, we were immediately notified that we were going to get a local inspection as well. Unlike the FDA, it did feel like they were trying to catch us. It was a complete opposite of our earlier experience. But everything was ready at the tips of our fingers and the Italian inspection also went according to plan.”

As regulations keep changing from year to year, having an audit trail ready at any moment (because it’s already maintained in the system) has untold benefits. Especially in an industry like olive oil, there are advantages to keeping strict and accurate records. As the industry has been rocked with fraud reports and new legislation to regulate fraud, a company like Villa Cappelli is prepared for changes as they come, confident that their ducks are solidly lined up in a row.

“Part of our job now is to educate the consumer about our products,” Steven explained. “Investigations have shown that up to 70% of extra virgin olive oil is not what it is supposed to be. Companies add seed oil and chemicals and mix with lower-grade olive oil. Even when a bottle is labelled “Italian Olive Oil,” this might not be the case. It’s technically legal to use Tunisian or Spanish olive oil and call it Italian if it’s bottled in Italy.”
“Because we’re educated now, we can educate our consumers about the process. It helps that we have all our documentation ready and that we have the FDA seal of approval.”

Steven began looking for a way to get a HACCP plan together quickly, but he found a solution that did that and more. “Icicle has empowered me with knowledge and made me feel more comfortable with food safety regulations and the whole process,” he said. “Food safety can be overwhelming and confusing, especially for people without a science background. Icicle simplified things and made me feel like I could do this.” 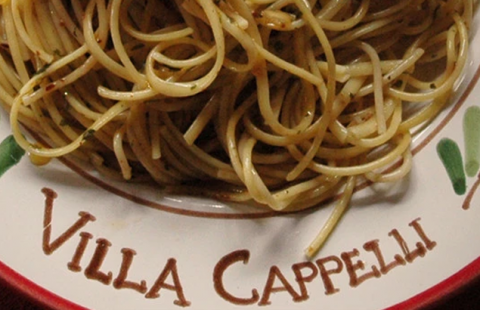 Next Post From Manual Processes to Paperless Automation: A Case Study with Natural Grocers