We sat down with Terry Goulah, Vice President of Operations and co-Founder of FreeYumm, to talk about the solution FreeYumm found for the complex traceability and vendor management challenges posed by making allergen-free and non-GMO products.

It would be hard to tell from the shelves of supermarkets that 10-40% of the global population is affected by food allergies – and the prevalence in American children increased by over 50% between 1997 and 2011. Allergen-free foods just aren’t as available as they ought to be, which is why couple Terry Goulah

FreeYumm’s story began when the couple’s one-year-old son found himself with severe eczema and digestive issues. Many doctors appointments later, they discovered the underlying issue their son would have to deal with his entire life: peanut allergies, along with dairy, wheat, and cane sugar sensitivities.

Cleaning up his diet as a toddler was a challenge, but doable, and his symptoms quickly disappeared. However, as he continued to grow and his eating habits evolved, things became nearly impossible. Kid-friendly snacks that didn’t include major allergens were almost impossible to come by – and the ones that were available just didn’t taste good.

There just wasn’t a readily available solution to this big problem, so Terry and Sarah did what all good entrepreneurially-minded people do: they created their own. 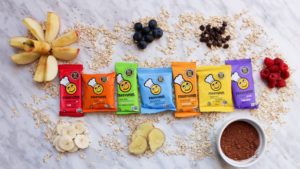 From the very beginning, Terry knew that they didn’t just want to have allergen-free products, but also an allergen-free facility. From the ground up (literally), they were going to stick to their mission. Naturally, this meant a strict formal management process of their suppliers and each ingredient, and a particularly challenging traceability program that had to account for allergen control on top of everything else.

For a short while, FreeYumm just had a manual paperwork system for tracking certifications for ingredients and suppliers, but the limitations of that system became clear very quickly. If something changed with one of their suppliers, they’d have to track down the paperwork and make physical changes to it. When auditors for certifications would come, they’d have to pull out all those documents and show perfect traceability trails on-demand.

“Once we decided we wanted to expand out-of-province and into the US, we realized we needed a robust tracking system and that it just wasn’t going to be possible without software.”

The all-manual system was a nightmare in the making. Luckily, Terry saw the potential harm simple mistakes could have on their business early on. He knew he had to find a more efficient way to monitor traceability, track suppliers, and prepare for inspections.

The Discovery: A Blend Of Function And Customer Support

Terry began asking around his community of food entrepreneurs for recommendations on how to tackle this huge challenge. As a small and relatively new business, he knew they’d need something very user-friendly with great customer support – along with, of course, a robust traceability system that he could count on to satisfy auditors.

“It came together as the best option for us in terms of the functionality of the system, the usability of the software, and the customer support. We knew the relationship would be well-managed, so it was a pretty easy decision and we didn’t bother looking any further.”

After Terry saw Icicle in action and interviewed a representative, he was sold. A few days later, FreeYumm joined the Icicle community and implementation began.

The Transformation: Slow, Steady, And Successful

Like many small startups, FreeYumm was understaffed and the employees were always busy. They didn’t have the time or resources to get a team to implement the new software full-time. They also knew that when the work started, they needed to address problems immediately and not two days later. To compensate, Terry approached adoption in a slow, ad-hoc manner that took advantage of the Icicle customer support team’s expertise.

“Icicle really held our hand like we had hoped they would, in terms of supplying templates and data and such. The training was also very ad-hoc as needed and the customer service along the way was invaluable.”

After a day or so of training, they were ready to go piece by piece. They’d start using the system, built in their data, and asked for help when they needed it. “At every stage of growth,” Terry told us, “having that kind of customer service brings it back to why we chose Icicle. We couldn’t have been happier with the implementation.” 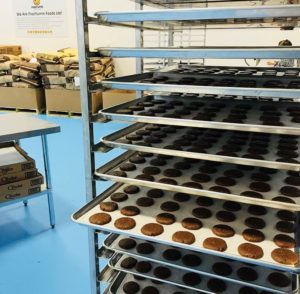 Though the initial goal was primarily traceability software and food safety compliance, Terry and his team quickly saw the value that Icicle could provide for their specific needs – namely, vendor management and inventory management. Since both are closely tied with traceability, it became a natural extension of their product use. All the vendors and inventory were already in the system, so managing vendors and securing their goal of safe, healthy, tasty, and allergen-free snacks became much simpler.

“It was a really nice extra feature that we didn’t think through at first because we were so focused on traceability,” Terry explained. “Now Icicle is the one place that we have everything. When I talk to people with legacy systems – who have partially manually systems for HACCP and processes and traceability through an inventory ERP – I realize how nice it is to have everything in one bundle. We can record incidents in real-time, we can track everything and pull our inventory. Having it all as one complete package has been the most useful.”

The Result: FreeYumm Achieves SQF Certification and Looks Ahead

FreeYumm was efficiently running on Icicle just in time for FreeYumm’s first Safe Quality Food (SQF) audit. When it was time to look at the data, Terry was ready with an automated system that could bring up what he needed, fast. When the auditor asked a question, Terry was able to create the report in Icicle, spin around his laptop, and the auditor could see all the data immediately.

“To be honest, I don’t think we could have done it without Icicle. They were impressed that we could show them any information they wanted, like where those products went. From my standpoint, that made the audit go very smoothly.”

The SQF Certification was awarded to FreeYumm shortly after the audit, but the rewards didn’t stop there. Just based on the efficiency that Icicle brought to FreeYumm, Terry believes that they’ve saved at least half an FTE (full-time equivalent) and will likely save a full FTE by next year as their business grows. “I can’t even fathom doing all this work manually,” Terry told us.

Switching to an automated system also helps the employees do their work better. Not only did the FreeYumm staff get to skip filling out paper reports, period, but they also prevented inefficiencies that had

previously been caused by lost paperwork. Since Icicle is always updating the information in the system, work can continue smoothly without expensive and risky miscommunication. And the system keeps growing; often, when Terry thinks of a new feature for Icicle, he usually finds that it’s already there or coming out shortly. If not, Icicle’s development team adds it to the product roadmap.

Today, FreeYumm is ready to go after bigger fish. With a system that auditors are confident in, Terry believes they have what it takes to go after much bigger clients that have extra-strict inspections and certification requirements, like Costco.

We’re thrilled to continue to see FreeYumm grow and thrive both in and out of the bakery, and we’re confident that they’ll be able to expand smoothly now that their food safety, vendor management, and traceability systems are running at full speed. 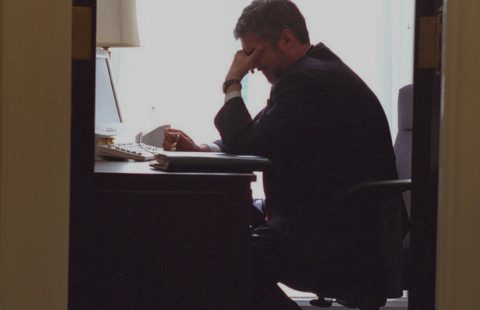 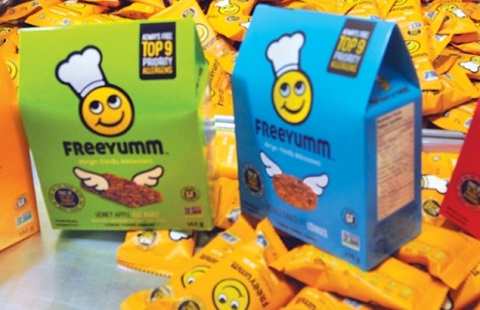 Next Post Managing a Complex Production Run with Icicle: A Case Study with The Chai Company