Starting off the new year on a good foot, we are pleased to announce the following new feature releases that improve recall management with mass balance calculations, occupational health and safety capabilities, and user management.

What does it do? Say you have flour as an ingredient in your production runs. It turns out, unfortunately, that there is a recall of flour from your supplier. You need to know not just which lot numbers need to be recalled from your product, but which products the ingredient was used in, how much was shipped, how much was lost to shrinkage, how much you still have in inventory, where the product and inventory are, how much was thrown away, and more. This is absolutely necessary to account for every unit of the recalled product.

Normally, this is very difficult for food producers to calculate and manage, leading many to recall more product out of an abundance of caution rather than risk the possibility of missing something and putting public health at risk.

Icicle now calculates mass balances automatically, integrating with all the other features of the system like inventory control, vendor management, enhanced traceability, and more in order to help you manage the possibility of a recall with absolute precision to minimize losses and reduce risk. Icicle’s mass balance calculations will tell you which items and precursor products were affected by the recall up to two levels deep. This is now possible to calculate in under two minutes.

Where did the idea come from? Thanks to Satinder for helping us bring this to the Icicle community!

What does it do? The first in a series of occupational health and safety interfaces, first aid reports allow users to record injury reports directly into the Icicle system. The feature is integrated with Icicle’s incident management infrastructure so corrective actions, root cause analysis, and all the other features of regular incidents are also available for first aid reports.

Where did the idea come from? Thank you Esther for suggesting this feature.

What does it do? Sometimes you need to create a task, but you don’t know who to assign the task to in advance. Now Icicle allows you to assign a task to a team, after which the team can delegate the task to an individual user. This can be done as a one-off or as a series of scheduled tasks. The new user team feature includes some default teams (e.g. maintenance) but users can also define their own teams.

Where did the idea come from? Jenny from New Zealand prompted us to prioritize this feature! Thanks, Jenny.

Stay tuned for more feature updates, released periodically. Send us your suggestions and feedback by contacting our support team. 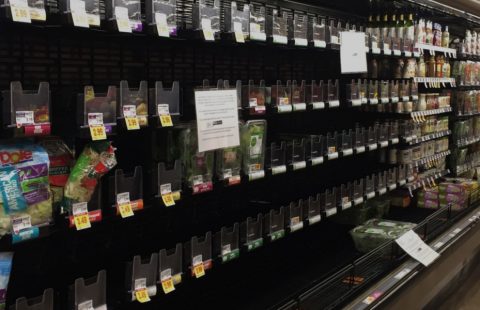