Companies Exporting to the U.S. Need to be Ready for This

New rules for the groundbreaking 2011 Food Safety Modernization Act (FSMA) have been published by the U.S. FDA, providing much sought after answers for the global food industry that watches the massive and influential American market closely. While there are some rules that will be released next year, one in particular is of great relevance not only to American food companies and importers, but to all those exporting human and animal food to the United States.

The rationale for FSMA is that, according to the U.S. FDA, “About 48 million people (1 in 6 Americans) get sick, 128,000 are hospitalized, and 3,000 die each year from foodborne diseases.” The toll in terms of lives lost, medical costs, and lost productivity have made this a priority for U.S. regulators, leading to significant changes in American food safety programs through FSMA.

What is the Foreign Supplier Verification Program?

One of the key changes comes through the Foreign Supplier Verification Program (FSVP), which has been introduced to FSMA by the FDA due to increasing public concern with foreign-sourced foods and ingredients as the world’s food chain continues to globalize. Essentially, this rule extends the new requirements that U.S. companies now face to foreign exporters as well and requires that U.S. importers (even if the importer is a manufacturer themselves) have a written FSVP to maintain and follow. This written program must include procedures for conducting hazard analysis and risk evaluation for imported food, determining which parts of the rule apply in each case, and mechanisms to take corrective action when necessary.

As a result of industry input, importers have some discretion in determining applicable measures to control all known or reasonably foreseeable hazards according to the specific supplier and product. In addition, if the importer has evidence that FSMA standards will be applied farther down the supply chain, they may be relieved of the requirement to verify compliance.

While importers will benefit from the greater flexibility in the application of the rule, they also take on the corresponding greater responsibility to ensure that the rule is enforced correctly.

The challenge for the FDA is that few U.S. companies would actually be able to comply with the new rules if they were enforced today. As a result, the FDA allowed the deadlines to slip for almost four years, with the first missed deadline back in 2012, ostensibly to give food companies more time to develop comprehensive food safety programs.

Most companies failed to put the extra time to good use, so both the Center for Food Safety and the Center for Environmental Health sued the FDA in frustration. In order to settle the lawsuit, the FDA agreed to stop letting the deadlines slip so the final deadlines are set in stone.

The FSVP deadline has been set for May 27, 2017 for most importers, with some qualifications. If the supplier in question is subject to FSMA rules, the importer must ensure FSVP compliance six months after the supplier’s deadline. Importers that are also manufacturers or processors have a separate timeline that is dependant upon their supply chain program provision deadlines.

With no more latitude, U.S. companies now face massive challenges since the development of compliant food safety program is both expensive and time consuming. This will load extra costs on companies who face stiff market competition and razor thin margins, and it is probably for this reason that the FDA has also introduced a process to allow certify third-parties to verify supplier’s products on behalf of importers. In order to protect U.S. companies and the U.S. public, the new FSVP rule for importers will even the playing field by requiring foreign companies to meet the same high standards as U.S. companies.

In Canada, the Safe Food For Canadians Act was passed in 2012 and this law will require food companies to have a preventative control plan. As in the U.S., most Canadian companies do not have a hazard-based food safety program in place so the Canadian Food Inspection Agency has been slow to enforce the provisions of the act, allowing their regulatory deadlines to slip as well.

The result is that most Canadian companies selling into the U.S. (over $20B in 2014) will be unable to comply with the new U.S. rules and so face losing this market unless their food safety programs are upgraded before the deadlines. FSVP rules include requirements outside of usual practice in Canada, such as risk analysis and the identification of intentionally introduced hazards. The Canadian regulators are now well behind the FDA in bringing companies into compliance and even those Canadian companies who do have food safety programs in place today are unlikely to be able to conform to the U.S. rules without improving their food safety programs first.

Be Prepared for New FSMA Rules

The icing on the cake is the enforcement mechanism. Canada is bringing in a series of modest escalating administrative monetary penalties (AMPs), like traffic tickets, to gently shepard companies into compliance. In contrast, the U.S. is taking a radically different approach by signaling that they intend to aggressively pursue civil and criminal prosecution against the executives of companies who fail to comply, essentially goading companies into compliance by setting examples of those caught out of compliance.

The watershed case illustrating this new strategy was the extreme example of Stewart Parnell who was sentenced to 28 years in prison for knowingly shipping contaminated peanut products. Similar trends toward increasing individual criminal liability are also evident in other countries like China. Although most sentences are unlikely to be so severe, the willingness of the U.S. government to pursue such charges should be a wakeup call for executives of U.S. and foreign companies that criminal liability for food safety failures is now a reality with precedent in the courts. With the FSVP moving the onus on the importer to ensure the safety of imported products, importers now have a lot more responsibility than they did before.

Will the new FSMA rules provide the momentum needed to set hard deadlines in other countries like Canada as well? The only reasonable path forward for both U.S. and foreign companies is compliance with the new regulations by implementing verifiable good manufacturing practices, hazard analysis, and risk-based preventative controls.

Full disclosure: The award-winning Icicle food safety system is specifically designed to ease the transition to compliance by automating the process of creating, managing, and verifying comprehensive food safety programs. Join our community of food safety excellence – request an application form from sales@burtonsoftware.com. 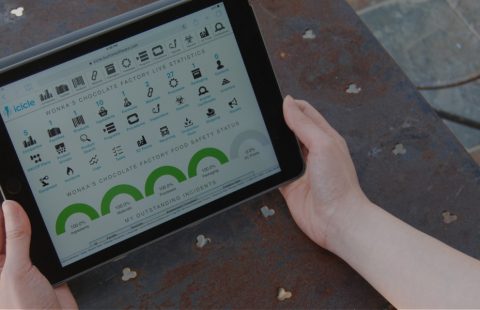