Another E. coli outbreak has emerged and it’s the second this year stemming from romaine lettuce. The tricky part about this recall is…there isn’t yet a recall. The US FDA and the Canadian CFIA have not yet issued a recall for romaine lettuce because they don’t yet know the source. This has caused ripple effects throughout the whole supply chain, from farm to fork.

Both American and Canadian agencies have issued public health alerts, warning consumers to avoid eating any romaine lettuce. Earlier this week, they were able to narrow it down to lettuce grown in the Central Coast growing regions of California. But in the meantime, retailers had to take action and many grocery chains – including Walmart, Sobeys, Costco, and Loblaw – removed all their stock of romaine lettuce, which has a shelf life of about 21 days. So what can the food industry as a whole learn from this unfolding disaster?

This wasn’t the first outbreak of E. coli stemming from romaine lettuce, a common ingredient for consumers and food manufacturers alike. Lettuce from Yuma, Arizona killed five people and sickened over 200 in the spring. The cause of the outbreak was never definitively identified, though it was likely due to contaminated irrigation water that somehow made its way to the lettuce supply. Stic Harris, director of the Coordinated Outbreak Response & Evaluation Network at FDA, noted that there were dozens of farms in the region that supplied romaine lettuce and that after the investigation, “There was no smoking gun. We don’t know how the E.coli got into the water, and we don’t know how the water got onto the lettuce.”

Things aren’t looking much better this time. When the FDA narrowed the scope of the advisory this week to the Central Coast, they didn’t do it based on new evidence but based on timing. Since farms in Arizona, Florida, Mexico, and California’s Imperial Valley only started harvesting their crops after the first cases of E. coli appeared, the FDA was able to exclude those areas from its investigation. The FDA also eliminated romaine lettuce grown on hydroponic farms or in greenhouses.

Harris pointed out some of the challenges associated with this type of produce outbreak to Food Safety Tech last week. For one, it’s difficult to track products by lot code because the lot information disappears at the point of service. Leafy greens are also often commingled, which makes it hard to identify the source. Furthermore, different companies and agencies have different ways of recording information, which takes a while to reconcile. Add to all of this the hugely complex logistics of conducting testing on a massive geographic area based on a product with a short shelf life and often little packaging information at the consumer level, and you have yourself a problem.

In response to recent outbreaks, the Leafy Greens Marketing Agreement (LGMA) organizations in California and Arizona already required their members to be able to trace products back to a specific field, but once the product leaves the farm, that information is not carried over to processors, packers, shippers, distributors, retailers, nor restaurants. That’s just not going to cut it, especially if you are a food manufacturer who uses leafy greens in your products.

Since products like romaine lettuce are often unlabelled in stores (especially unpackaged whole heads of lettuce), there is no way for retailers or consumers to trace the source of lettuce once it’s on the shelf or in the fridge. In response to this outbreak, FDA and a new industry task force were able to reach an agreement to include labelling information on romaine lettuce in the future, specifically harvest location and harvest date, to help consumers navigate the current outbreak.

There is every reason to think that such labelling practices will be required in the future, not just to protect consumers, but to help limit the scale of these kinds of disasters to particular regions, if not farms or facilities. Blanket advisories have negatively impacted romaine lettuce growers everywhere in North America. In Southern Florida, for example, romaine lettuce is a smaller but still sizable industry at $95 million a year. Many of the southern growers were not yet harvesting when the warning was announced and yet they were still unable to sell their lettuce because retailers and consumers don’t know where the lettuce on the shelf came from. Without the right traceability information, everyone suffers.

The FDA has taken a “clean break” approach to deal with this outbreak, which means purging the entire market of all romaine lettuce. Since the origin of the outbreak was unknown, the policy has meant that massive quantities of romaine lettuce have been removed from shelves and kitchens. And since mandatory recalls can only be issued with respect to a specific company, what happens when we don’t yet know which company (or companies) is on the hook for the bill?

When consumers rightly bring back products that might be contaminated after a public health warning has been issued, they expect a refund for the products that they couldn’t consume. There are also the logistics of disposal and replacement to consider, all governed by complicated rules that come into effect when a recall notice has been issued. Until a recall is issued – and it could be that no single company will be identified as the source – retailers are forced to take responsibility for suppliers. Sobey’s has already reported that this recall has cost them in the millions of dollars.

The vice-president of the grocery division and regulatory affairs with the Retail Council of Canada, Jason McLinton, told CBC News, “We are seeing more and more of these ‘do not consume’ advisories being issued and it’s new to consumers and people don’t know quite what to make of it.” With this kind of financial pressure settling on retailers, you can expect that those businesses will take action to ensure that their suppliers are doing all they can to improve traceability and reduce the risk of recalls. Will you be ready?

When the burden of absorbing the cost of a recall falls on retailers, it doesn’t spell anything good for growers and food processors who are already having to deal with the fallout of the public health warning. One of the big pushes toward adopting improved traceability is coming from retailers like Walmart, which sent a letter to suppliers last September that said:

“All fresh leafy greens suppliers are expected to be able to trace their products back to farm(s) (by production lot) in seconds — not days. To do this, suppliers will be required to capture digital, end-to-end traceability event information using the IBM Food Trust network.”

The industry is taking note of this kind of movement from retailers. In the recent Q&A published by the United Fresh Produce Association in response to this recall, they are advising growers to move toward better traceability for their own benefit.

“[T]he more complete your supply chain records are, the better. Your records can eliminate your company from a recall or in the case that you are indeed involved, they can speed up the traceback process and help the industry get to the root cause and use those learnings to prevent future outbreaks and loss of consumer trust.”

This is not a lesson just for growers of leafy greens. The entire food manufacturing sector should also take note that retailers are becoming more and more proactive in requiring advanced, automated traceability software solutions from their suppliers.

5) Smart Farming is Looking Better and Better for Leafy Greens

It’s not just traceability technology that’s making the headlines during this crisis. Innovation in agriculture is starting to gain traction as the traceability challenges of leafy greens remain unresolved. Companies that grow romaine in hydroponic farms are using the opportunity to tout the safety measures that are possible in that environment.

Part of the risk inherent in leafy greens is that they are grown in a field and often eaten raw. Opaskwayak Cree Nation LED Smart Farm, a First Nations farm in Northern Manitoba, Canada, pointed out that they grow their products in a clean room – basically a laboratory. Employees wear masks and follow strict procedures, and the plants are grown with treated tap water that is run through a UV light to reduce the risk of contamination. Sophisticated growing and manufacturing technology is becoming more attractive to retailers who are looking for higher quality and lower levels of risk.

Icicle’s automated food manufacturing software can help you take traceability to the next level and secure future business. Learn more about our smart, enhanced traceability system here and request a demo today!

Posted in: e. coli in the news romaine lettuce traceability
0 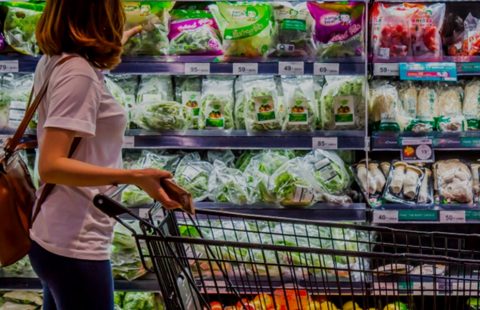 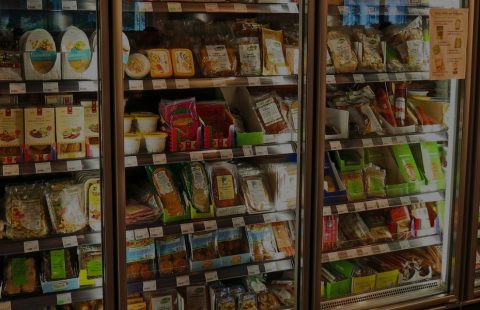