Honest Dumplings began as an ambitious gourmet dumplings operation in Edmonton, Alberta and when the COVID-19 pandemic hit, they had just expanded their operations and started work on an online store for the family of high-quality, frozen products that they sell under the Uproot Food Collective umbrella.

In our case study with Honest Dumplings, CEO Chris Lerohl explained how Icicle ERP, a leading food production software application, helped them grow their business at that pivotal moment and reap the rewards. Here are some excerpts from our conversation with Chris in his own words.

“Just when we were finishing developing this [new] facility, we got Icicle. We had just developed our basic HACCP plan and it was all paper-based. Before our facility even opened, we quickly realized that we didn’t want to be in a paper-based kind of world and we wanted to get in to have a cloud-based kind of solution or a digital solution.”

“There were a lot of traceability programs and HACCP programs on the market but they were built around other industries with a food industry module or add on. We liked that Icicle is based on the food industry first.”

With reference to inspections reporting: “There were probably other things that I think that we really value that we didn’t even know that we would need. Once we got going with Icicle we quickly realized that those were priorities and what we wanted to focus our efforts on.”

“One of the things I really like about Icicle is that it can be that backbone. When we add the next facility, it’s really simple for us to transition everything we’ve already developed over to that second facility as well.”

On Software Implementation at Honest Dumplings

“Working with you guys has been phenomenal. Anytime there has been an issue or there has been something that needed to be changed or we needed to upload bulk data, the Icicle support team was able to do that as well.”

“I think definitely, for Honest Dumplings, it was a little overwhelming in terms of not having an ERP. Two and a half years ago, we were producing out of our house. So not even having an ERP or not having the inventory or any of that stuff set up for documentation was a steep, steep learning curve for us. But I’m glad that we built it ourselves as well because I think we’re able to be a power user of the software now and able to kind of modify it for our needs – not the code, but modify the functionality [of Icicle] to make sure that it works with the way we want to be running our business.”

“Overall, I think everybody seems to be able to use it. I think it’s nice being able to have the verifications and all that so we can catch mistakes as they’re happening. [Icicle] is fairly intuitive once you get going at it and once you start doing some regular work in it.”

“I think another really exciting function that we really like is the training records and how those tie into the SOPs. You can look at a specific person, see everything they’re trained on, or you can go to the SOP and then see who’s trained on it. And I think having all of that at your fingertips is really powerful to be able to help ensure that the team is developed and growing and getting their ability, they’re developing in their capability in the kitchen and what they’re trained to do.”

“For the dumplings, we have eight SKUs. But in those SKUs, we have three variety packs, which have three SKUs or three kinds of dumplings in each. So there’s a lot of complexity there where we’re really pulling in from 13 or 14 kinds of dumplings into those eight SKUs. And then we do a lot of seasonal limited edition stuff, so we’re actually adding another two or three different limited additions in. I think the software is phenomenal at handling that complexity. Once it’s set up, it’s so easy to add a new product or to do a product extension and implement that into the HACCP program because it’s already pulling from the generic product. [Icicle] makes it very simple and easy for us from a HACCP management perspective.”

“I think the whole maintenance program, the way it’s set up is phenomenal as well as all the testing and the lab testing and water testing and the allergen testing. All of that is set up in the maintenance program so you can click in there and then know, hey, this is what needs to be done this week or next week. All those things can be dealt with in a timely manner and it’s not a manual process of having to think about what needs to be done and when. It’s all automated, so [Icicle is] triggering our team to go out and do it. As a business owner and CEO of the company, I don’t have time to really project manage, but Icicle is doing it for us.”

On Data Analytics and Visibility

“I think for us, one of the biggest benefits now that we have [Icicle] ERP, is the visibility as to what’s happening in the production. So you’re able to not only know that people are doing the right thing and following the procedures and doing all that, but it’s also that we can see how much was produced and we know how long it took to do that. And so we’re able to actually increase our productivity and plan better and plan around what people are actually producing and how much and having all that organized within the production runs, we’re able to have the visibility to operate the business better I think, which is really huge.”

“On all aspects, whether it’s food safety or productivity, it’s really helped us. I think even when we had some meat that went bad and we were able to look in our records and see that the temperatures were maintained in the fridges, we were able to go back to our supplier and say, here’s our records, here’s all the information. Why did this go bad? As a result of that, because we had the data, we were able to get a refund on it. I think having that kind of data, or when an incident does occur and there’s a problem with one of our products, we’re able to trace back and determine what could have went wrong and have some certain level of confidence whether that was a problem with us or one of our suppliers. Having all that visibility and data was able to really give us more confidence in the way we operate and the understanding of where incidences or faults occur as well.”

On Easy and Speedy Audits for Honest Dumplings

“I love when I talk to some of the other food manufacturers that we know and they spent like four or five hours with an auditor because they picked something hard, and I can just click a button. Sometimes I end up spending more time with the auditor arguing with them that I don’t need to complete more steps – Icicle is already doing it.”

On Navigating the Unexpected: COVID-19

“As food manufacturers, we were an essential service during COVID. Right off the bat we started to see an increase in our sales through stores. […] When COVID happened, we kind of flipped the switch and went online and in the first six weeks of COVID, we saw our business triple in size […] and we’ve doubled our production team.”

“I think what was really beneficial about having Icicle and our HACCP program in general was that we didn’t have to change too much when COVID started. We were already at such a high standard of cleanliness and sanitation. Icicle and the HACCP program gave us more confidence to keep production going during those times.”

“Having that cloud-based system, we were able to monitor our inventory and were able to jump on securing our meat supply as well as building inventory and raw ingredients to ensure that if there was a supply chain disruption, then we would be able to keep producing. Having that information through Icicle was very valuable.”

“Without [Icicle], we couldn’t be selling to Sobeys or [across the provincial border] to British Columbia. The return on investment for us – it’s hard to put a number on it, but I would rather say it’s essential.”

“The value Icicle brings from that efficiency, ease of paperwork and documentation, and all the benefits we gain far surpass the cost we’re paying to use the software,”

“We would absolutely recommend Icicle to other companies. We love what it can do and I think it brings a lot of value to our organization and just gives us that assurance and better insight into what we’re doing and making sure that we’re doing it right.”

A big thanks to Chris for taking the time to talk to us about Icicle’s impact on his family’s business and their rapid growth. Check out our new case study with Honest Dumplings and request a demo of Icicle today!

Some of the quotations included have been lightly edited for clarity. 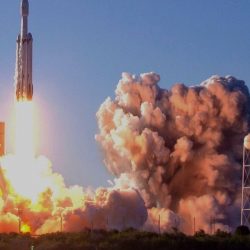 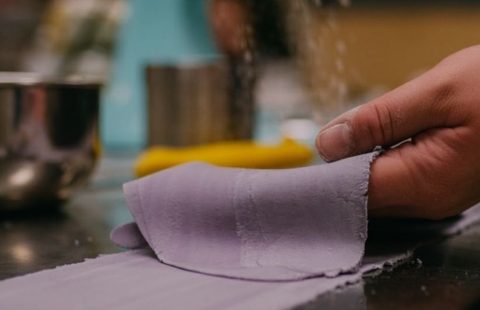 Next Post Hayter’s Farm Uses Icicle to Widen Their Vision for Food Processing
We use cookies on our website to give you the most relevant experience by remembering your preferences and repeat visits. By clicking “Accept”, you consent to the use of ALL the cookies.
Do not sell my personal information.
Cookie SettingsAccept
Manage consent