These Charges Are Far From Peanuts: Lessons from the PCA

Facing over 70 felony counts, Peanut Corporation of America owner Stewart Parnell and his brother Michael Parnell received sentences yesterday of 48 years in prison between them.

In 2009, more than 700 hundred people contracted Salmonella from an unknown food source, resulting in 9 deaths. It was later proven that the source of this outbreak was peanut butter and peanut paste produced at the Peanut Corporation of America (PCA) processing plants in Blakely, GA and Plainview, TX. The initial source of the infection was attributed to unsanitary conditions found within the processing plants, such as leaks and roaches. The widespread effects of the recall that followed, the most extensive in American history, reached from peanut growers, who were estimated to have lost at least $1 billion in lost business, to over 300 food producers who used PCA peanut butter and paste in nearly 4000 products, to retailers facing a drop in peanut demand, and finally and tragically to the table of consumers.

The findings of criminal investigation reveal that the release of this toxic peanut butter into the open market and onto unsuspecting consumers was not accidental. The Owners of PCA (the Parnell brothers) and former Managers Samuel Lightsey, Daniel Kilgore, and Mary Wilkerson, the QC Manager, were convicted on the grounds that they were fully aware and informed about the positive Salmonella tests coming back from the laboratory.

The US Department of Justice indictment accused them of ignoring lab results and continuing to sell the product. Moreover, PCA executives went a step further and falsified the Certificates of Analysis (COAs) stating that Salmonella positive batches of peanut butter/paste were instead “free of pathogens”. These batches were then sold to unsuspecting third-party businesses who used the tainted peanut butter/paste as an ingredient in a multitude of products, which is why it was difficult to pinpoint which company was the initial source of the infection.

If that was not bad enough, during the height of this outbreak, these same PCA employees are accused of lying to and misleading FDA inspectors who inspected their plant in an effort to determine the source of the outbreak. In all, the PCA workers were charged with 76 federal felony counts. Stewart Parnell was sentenced yesterday to 28 years in prison, his brother Michael Parnell to 20 years in prison, and Quality Control Manager Mary Wilkerson to 5 years in prison. Samuel Lightsey and Daniel Kilgore reached plea agreements in 2015 and 2013 respectively in exchange for their testimony. Both will likely serve prison time as well.

You are Responsible for Food Safety

It is clear from this case that government officials decided it was important to prosecute misdeeds this blatant and abhorrent in order to deter other people from such criminal behavior in the future. Furthermore, the severity of the deals offered under the plea bargains and the sentencing of Wilkerson show that mid-level food manufacturing supervisors and quality control employees have a responsibility to ensure that the food products they produce are safe to eat. The ultimate responsibility has been distributed and plant owners are also being held accountable for releasing tainted food into the food supply chain.

It is hard to fathom why so many people at this plant went along with this criminal behavior. When faced with a breach of public trust so extreme that it resulted in fatalities, it would have been reasonable to expect that at least one of them would have alerted the authorities. Being a team player is great, but not at the expense of your morals, career, or freedom.

An alternative explanation (disproved in court) could be that one or more of the convicted should have known there was a problem but did not know. Even if this had been the case with PCA, such negligence can also lead to convictions under the law and QA and QC managers are well advised to make sure they are aware of what is occurring under their watch, even if this brings them into conflict with their superiors.

Hire People You Can Trust

Similarly, food processing plant owners may want to review their own hiring practices for QA and QC positions after watching this case unfold. Workers entrusted with a quality control role must be able to behave like a policeman, not a ‘yes man’. It is imperative to hire someone with enough integrity to refuse to release products until it is certain that they are pathogen-free.

However, hiring someone with the appropriate temperament is not enough; they must also be empowered with the authority to ensure that products are safe. Too often, QA staff are marginalized and food safety programs viewed more as an annoyance than a critical part of the production process. This has to change. The right people must be hired and the appropriate power given.

Tell us what you think of this trial and its potential effects in the comments or on Twitter (@iciclebsafe). 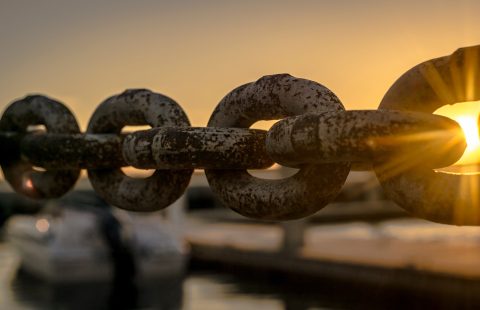