In this instalment of New Features, we are very excited to announce the release of our most-requested-feature: production run costing. Alongside that is a roll out of some mobile compatibility improvements that will be especially helpful when using Icicle with scanners, and many other improvements to day-to-day tasks that will make a big difference.

What does it do? For years, production run costing has been our most requested feature by Icicle users. Basically, when a company produces a product, the people in charge want to know how much it costs them to make it but, since most companies don’t have specific data about each production run, they use “standard costing” that is based on estimates.

Icicle is now able to provide actual costing. That means that for each production run, Icicle automatically calculates the cost of raw materials and labour that were expended in that run. Costs are displayed for each category as well as the grand total for each production run, and Icicle also presents a per-unit cost for users. The benefit? Icicle users will now have a crystal-clear and near-real-time understanding of their costs, which can then be trended using Icicle to display costs over time. Of course, with the ability to trend data, you can identify, investigate, and improve inefficiencies in the production process – all improving your bottom line.

Where did the idea come from? We’re pretty sure it was Paul from P&S Frozen Foods who was the first champion of this idea (though many more followed). He even talked about it when we interviewed him for this case study!

What does it do? Icicle is a user-driven platform, which means that we are always very happy to deliver features and improvements that our users are asking for. Based on popular demand, we have made extensive changes to the receiving, racking, and picking interfaces in order to improve users’ mobile experience.

With these new improvements, Icicle will automatically adjust to different screen sizes and the layout will change depending on the type of device. This will be especially useful for people working in logistics who are on mobile devices, tablets, and using scanners.

Where did the idea come from? We came up with a creative way to solve this problem and implemented it!

What does it do? Users have always had the ability to verify and finalize inspections, but now they can also mark them as “complete.” Once marked complete, Icicle will automatically create task assignments for whomever is supposed to verify the task. It will also send out email alerts letting the right people know that there is an inspection ready to be verified and finalized, making it easier to communicate across teams and streamline QA and food safety work.

Where did the idea come from? Our thanks to Peter from Superior Food Safety for this idea!

What does it do? A fairly simple improvement, when you are in the products pages of Icicle, you can now use the search by scan feature instead of scrolling through lists to find the product you’re looking for. Now, you can just scan the product from the product list page and Icicle will automatically pop the product record for easy viewing.

As a related feature, in December we rolled out a new ability to scan purchase orders and receiving records and automatically display all the items on the receiving record. This makes it very convenient and quick for people to receive shipments against purchase orders, ensuring that there are no errors and improving the throughput of receiving operations.

Where did the idea come from? Both of these nifty features were suggested by Neil from Snow Cap.

What does it do? A new scan button at the top of product edit pages delivers new value to Icicle users – if you click the button and scan a barcode from that product page, Icicle will automatically populate all GS1 information as well as automatically configure the product so that Icicle can easily generate barcodes.

Where did the idea come from? This great streamlining idea came from Neil at SnowCap as well!

What does it do? Scanning is a theme in this issue of New Features! Icicle now has a scanner test page in the admin section that allows you to scan something and view the direct output that is coming into Icicle from the scanner. This allows you to easily identify scanning problems and test your scanner configurations – helping you complete the initial scanner set-up, troubleshoot problems, and test barcodes easily.

Where did the idea come from? Basically, Steve got frustrated with testing scanners all the time and came up with this idea in a pinch.

What does it do? Continuing on the vein of small improvements that make a big difference (especially ones involving scanners!), last month we also rolled out 2D label support, which have improved readability and improved success in scanning compared to the old-fashioned 1D labels that can get wrinkled or applied incorrectly. Since 2D barcodes are smaller and more resilient, they are more likely to keep production rolling along smoothly, and so we like them very much.

Where did the idea come from? This one came from the Icicle team, just because 2D labels are so much better!

What does it do? Usually shipping labels refer to lot codes, but what about companies that need to track individual serial numbers of individual products? This is especially useful for meat producers that need to ship products with variable weight (like a cattle carcass), but it is also a requirement for the cannabis industry in many jurisdictions. Icicle now generates shipping labels with individual serial numbers, which allows users to identify a specific item in their inventory even if there are many other items with the same lot code.

Where did the idea come from? This idea came from the Icicle team!

What does it do? Finally, our latest feature release makes it easier for people who would otherwise have to make some quick calculations when adding raw materials to a production run. Say you need 47kg of flour in your upcoming production run and your flour is delivered from your supplier in 20kg bags. If Icicle just tells you that you need 47kg of flour, that means that you have to (a) rely on employees to do the math or (b) pour all ingredients into a single container, weigh, and then add as appropriate.

This new container feature allows you to store inventory in one unit and also set a “container” size. When you do this, the system will display guidance regarding the quantities needed when adding the ingredient to production, such as “two bags + 7kg”.. That is, Icicle will automatically calculate what you need in the most useful format – in addition to calculating how much inventory you’ve used up.

Where did the idea come from? A big thanks to Markus from Country Prime Meats for this cool idea!

Keep up-to-date with the latest Icicle features by signing up for our newsletter! If you have a feature request or question,submit a request and our team will get back to you quickly. 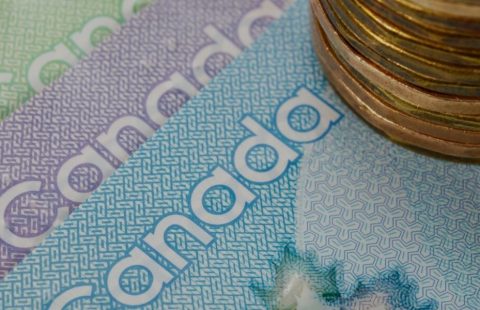 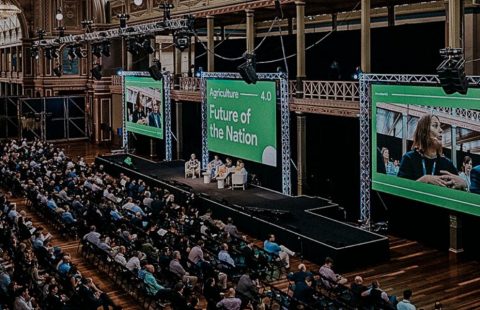