Automation World has written about Icicle before back in 2017 when food manufacturers were looking for compliance solutions ahead of the United State’s Food Safety Modernization Act (FSMA) rollout. The shift affected food businesses all over the world, with the Foreign Supplier Verification Program applying to thousands of suppliers and food producers who sold their products to American companies and consumers. The Automation World article explains that the challenges presented by the higher bar for compliance motivated Icicle creator Steven Burton to expand the software beyond its original food safety focus and into all aspects of food production as regulations modernize and become more complex.

In the current article, we see the fruits of that labour. Digging deeper into Icicle’s own case study, Automation World explores how Icicle – now a food production ERP system – has helped plant-based food manufacturer TMRW Foods build a state-of-the-art, data-driven production facility from the ground up.

One of the main features TMRW Foods was looking for in an ERP system was robust traceability capabilities that was linked to quality control, inventory management, productivity tracking, dynamic costing abilities, and other data-driven aspects of production. Their focus was on building bulletproof production processes that were baked into their company structure.

Once you have a really good structure, it’s much easier to slot all the following bits in. I found that before with certain kinds of management systems—they’re incredibly robust and very powerful, but if you’ve got chaotic information structures, it doesn’t really help.

The article then looks at TRMW Foods’ implementation of Icicle, focusing on the ways TMRW Foods uses Icicle to leverage their data, optimize their processes, and achieve excellence in the exciting new space of plant-based proteins.

“Blignaut is looking forward to having all the data he needs to drive the process,” the article concludes. They follow up with a quotation from TRMW Foods Co-founder and President, Dean Blignaut:

[It’s] wonderful to be able to vet your assumptions based on what’s actually happening on the floor, and based on your output, and everything that went into that, including waste.

Thanks to Automation World for profiling Icicle’s and TMRW Foods’ success! 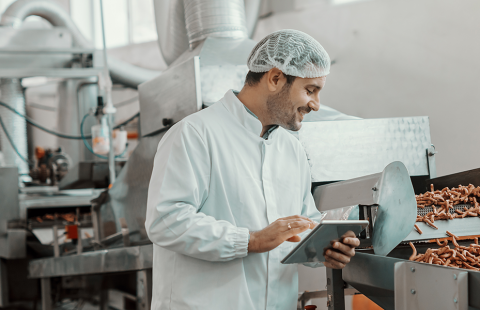 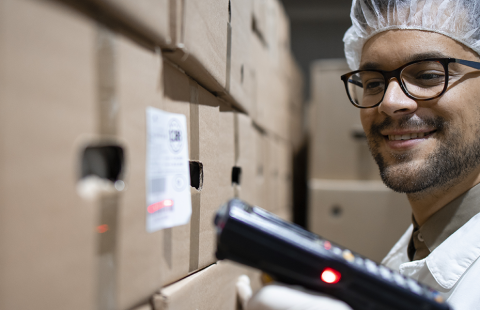 Next Post How to Leverage GS1 Barcodes for Outstanding Food Traceability
We use cookies on our website to give you the most relevant experience by remembering your preferences and repeat visits. By clicking “Accept”, you consent to the use of ALL the cookies.
Do not sell my personal information.
Cookie SettingsAccept
Manage consent