Hayter’s Farm is a third-generation family business in Dashwood, Ontario that raises and processes turkeys all on one site. They are also one of Icicle’s early users, signing up just five months after Icicle launched in 2013 to streamline their HACCP program.

Since those days, Icicle has expanded far beyond a food safety application and HACCP Coordinator Dave Maguire and his team have worked with us every step along the way. Here are excerpts from Dave’s interview with the Icicle team in his own words.

From my personal time running the HACCP system and the QA staff it’s definitely freed up a lot of time for us to focus on new projects and expand food safety. It just makes our whole program stronger and stronger when we’re not messing around trying to find a paper document. Everything is right there in the system.

On Regulatory Compliance and HACCP Management

When I first stepped into the HACCP role, it was fairly daunting for somebody who wasn’t familiar with HACCP systems and how they operate to track all the paperwork that we were generating. At that time, we had two HACCP plans and we eventually expanded that and added two more […] As that progressed it just became daunting to manage all this information. So I started searching on the web with Google and came across Icicle on one of the websites.

Having Icicle made it really easy to incorporate new HACCP plans with the process flow charts. The processes and all the hazard analysis, that was very quick and easy to input it all in the system. And now we tie in all our QA checks and production logs, the new records, and production features. We’re actually going to start moving our traceability program over.

On Staged Implementation of Icicle

What I try to do is try to give myself one month to implement a change, as far as incoming materials, purchase orders, and then production records. And once I get to that point then I’ll start putting in the labour, cost and timing. But we’re really excited on that too, just to see exactly where we’re spending a lot of our time whether it’s mixing or blending or process or packaging just so we can fine tune our processes.

If you can break it down into smaller pieces it allows you to troubleshoot a lot easier and doesn’t seem to be such a daunting task.

When it’s perfect, it’s perfect. Steve and Fan and the whole Icicle team has been fantastic. Anything, question, problem I had it’s usually within 3-4-10 minutes that I get a response. And even being out in the Eastern Standard Time, if I have a problem at 7am I’m always shocked when Steve emails back at 7:10. I’m always “man, do you sleep!” […] They’re really fantastic.

Icicle’s cloud-based system allowed me to use iPads and iPhones down around the plant. That was more exciting for our QA staff because they were able to actually use technology on the plant floor. It was a lot easier buy-in for them, and they were completely aware and comfortable with the application. As we started using that we just found we were able to capture way more data on the plant floor versus paper documents.

If we had a deviation, in the first generation of Icicle we were still able to use the iPad to take photos and save those photos to the file and reference them in the document so we could find that photo. So it became really good for employee training if we ran into a repetitive deviation. Also if there was a food safety issue we were able to capture photographs before corrective measures and then afterwards, so that we had it all lined up for any audit. It was ready to go.

On How Hayter’s Farm Reduces Human Error Through Automation

Employees love Icicle because of the predictive text feature: now when they go in and type, because they do it so often Icicle actually almost pre-writes it for them as you start typing letters. It really sped up their documentation and it takes away the printing and the writing so if you had bad handwriting or a document got wet or smudged, with the Icicle system it’s fantastic. It’s very hard to make a mistake.

The nice thing about having the Icicle system was that we actually, right from the start of having the Icicle program (once I generated our HACCP plan in Icicle and started putting in inspection templates), I immediately went ahead and gave our inspection staff access to the software. So instead of them coming in and trying to chase each other down for documentation, they were now able to go into the program, pull up all our written procedures and have all of the inspections in one spot. So they could do their auditing right from their own office without having to track us down. And it was seamless and timeless.

I wasn’t running around trying to find a binder or document to bring back to the inspection staff to go through, they weren’t trying to chase down documents, and even our QA staff and plant staff on the floor had access to those documents on their iPad no matter where they were. So if they ever said ‘I’m not sure how to do this’ they can pull it up on the iPad and see the procedure and follow it step by step.

QA staff are able to spend more time doing inspections and looking around the plant and I’ve found that their vision tended to get wider instead of sitting there with a document looking at the process and really visualizing it. Now they have it all there, they can look around more and see the interaction with people and the product versus just the product and the process itself. So it’s led to them finding more deviations and more corrective measures at the plant and just improving that process.

On CFIA Inspections and Audits at Hayter’s Farm

At first I was nervous about how the CFIA would take the automation of a HACCP system. […] I had the first major audit in 2014, and the auditors were really impressed at the way the software and everything was coming together. And I think I’m seeing more and more of a buy-in from the CFIA because I do give them access. There’s nothing hidden, they can go in and see in real-time documents being generated and verified and they can just follow along right with us as we’re feeding into our HACCP system.

We’re also a BRC-certified facility, which we just got two years ago so Icicle was great at helping us obtain that certification as well. And with that program we do see different auditors come into our facility so again the Icicle system, it’s a great platform and I’ve gotten nothing but wonderful compliments for our food safety system from auditors because everything is organized, all the documentation is there, the HACCP logs are there, it’s just one click and they can see everything.

On Innovation and Collaboration

My first interaction was with [Icicle creator] Steve [Burton], it was really interesting because he was really gungho on the software and so was I, so we were both kind of pushing each other saying what can you do with this or can you do this. It was really neat to see how the cloud-based system really evolved. We actually won a Frost and Sullivan award in 2014, for cloud-computing because of the path we were taking with the software.

A big thank you to the Icicle team, you guys deliver a great software system! The support’s fantastic, without you our food safety program wouldn’t be where it is.

Some of the quotations included have been lightly edited for clarity. 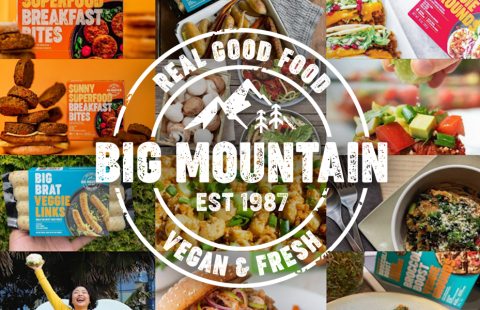 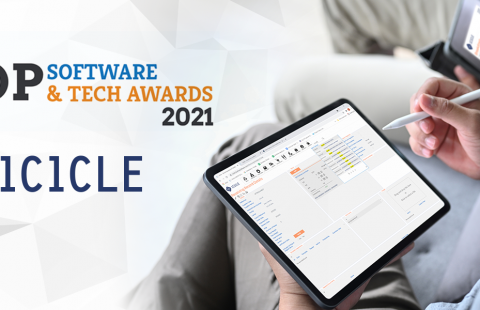 Next Post Icicle ERP Wins 2021 Food Logistics Top Software & Technology Providers Award
We use cookies on our website to give you the most relevant experience by remembering your preferences and repeat visits. By clicking “Accept”, you consent to the use of ALL the cookies.
Do not sell my personal information.
Cookie SettingsAccept
Manage consent