New Features: Warehouse Management is Easier than Ever with Inventory Locations

Our last round of feature updates for 2017 picks up on our Inventory Management feature, which was introduced last year. Since then, with the incredible feedback of our users, we have been able to make this feature more robust and suitable to the needs of real-world warehouse facilities. It all starts with inventory locations…

What does this feature do? Icicle now includes the ability to specify parent inventory locations and any number of nested locations under a parent. What does this mean? Well, in the past, Icicle’s inventory feature was flat. You could have a shipping area, production area, and receiving area. This model was limited because it doesn’t necessarily reflect the reality; in the warehouse, people often have many racks, which each has its own column, and each of those has its own shelves. A truly sophisticated inventory management system should be able to tell you that a particular lot code is located in Rack A, Column 3, at the top shelf in the back. This makes picking (taking stuff off the rack) more specific.

In addition, you can use Icicle’s new enhanced inventory locations to maximize remaining shelf life and maintain excellent customer relations. Since the location information in the system is more specific, you can pick the oldest lots first so that you don’t end up with stale inventory and customers don’t get shipments with significantly different best-before dates.

Where did this idea come from? A big thanks to Corey from Ontario Pride Eggs!

What does this feature do? Once we added nested inventory locations, we needed a more efficient inventory transfer mechanism to meet the needs of warehouses with thousands of racks spaces, so we found a way to cut down on your work! Racking allows warehouse staff to easily pick products from one location and distribute them to many other locations using barcodes and scanners, without having to do many separate transfer operations. This accommodates the way that warehouses work in real life, in that a group of skids might not be stored in the same exact location in a warehouse, but will instead be distributed according to available rackspace.

We still aren’t done making life easier for warehouse staff. The first version of the racking feature only worked with scanners. But from December, we provide search support to enable users to use this feature manually. Now you complete racking operations without a scanner.

This interface, along with the new Picking interface described in the next feature update, are optimized first for the needs of the warehouse, namely, responsive design (i.e. adaptable to mobile devices) and high-performance efficiency. As such, they take a bit of training to bring into use as they are not as intuitive as the rest of Icicle. Once training is complete, however, these interfaces save enormous amounts of time. Contact support to schedule a training session.

Where did this idea come from? Racking (and, as a result, picking) was designed collaboratively by the Icicle team and the team at Ontario Pride Eggs. Thanks OPE!

What does this feature do? Picking is the opposite of racking. You can now pick many products in one operation from different warehouse locations and transfer them to one central location in one shot. All you have to do is pick the destination (which could be an inventory location like a shipping dock, or a shipping record like a particular truck), scan the barcode for any number of items that you want to ship out or move, and enter the quantity. Information is saved automatically so that, if you come back to it later, you can still see what you’re working on (since it often takes hours or longer to complete these moves).

Where did this idea come from? Thanks again to the folks at Ontario Pride Eggs for helping us co-develop this feature.

What does this feature do? This feature is also a follow-up of the new enhanced inventory locations. Icicle now allows you to create barcodes for inventory locations and generate a scan sheet for them. Once you have that, you can do racking and picking with just a scanner instead of using a keyboard. This works much better with mobile devices since the only information that needs to be entered is the quantity. There is even a number strip on the side that you can use for this so you never need to bring up the keyboard at all.

Where does this idea come from? This feature was created as a result of the other inventory features.

What does this feature do? Every time any inventory moves, is consumed, or is received in Icicle, a series of underlying inventory transactions are created. Previously, these transactions were only visible to users if they created a recall. With the help of Brian from the Chai Company, we realized that this information is actually very powerful when it comes to tracking inventory flow, especially when tracing inventory discrepancies.

The new inventory transactions interface very simply allows you to choose a product, ingredient, material, packaging, or part and enter a lot code in order to view the entire transaction history of that item in chronological order. This is great information to have on hand if someone makes a mistake or manual change that creates an imbalance in the transaction history.

Where did this idea come from? The credit goes to Brian from the Chai Company!

What does it do? You can now record transfers between facilities within the same organization. Icicle automatically detects whether inventory is in transit internally versus sold to a customer. You are able to see how much of a product is in transit and how much is local for each facility so inventory transactions are always accurate and up-to-date. This feature also integrates with our enhanced traceability so the entire traceability chain is captured.

Where did this idea come from? Thanks also to Brian from the Chai Company!

What does this feature do? As-At dates is a powerful financial tool that allows you to bring up a snapshot of your inventory at any point in the past for easy review. If you want to conduct inventory trending or investigate a problem, you can now see your inventory as it was at any point.

Where did this feature come from? Long-time Icicle user Paul from P&S Frozen Foods gave us this idea!

What does this feature do? Previously, you could create a shipping manifest that showed summary and details about everything that was on a particular shipment and some users used these as packing slips. But what happens when you have one shipment that is going out to many customers? You don’t necessarily want each customer to see all the information for your entire shipment. This new feature easily generates a packing slip for each customer to provide documentation and satisfy customer requirements.

Where did this idea come from? Thanks to Terry from FreeYumm!

Keep up-to-date with the latest Icicle features by signing up for our newsletter! If you have a feature request or question, submit a request and our team will get back to you. 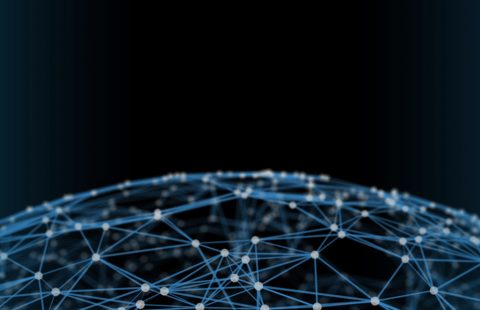 Next Post Breaking the Ice: Starting 2018 with a Recap of Icicle’s New Features
We use cookies on our website to give you the most relevant experience by remembering your preferences and repeat visits. By clicking “Accept”, you consent to the use of ALL the cookies.
Do not sell my personal information.
Cookie SettingsAccept
Manage consent